Under construction - right now merely parking place for images related to a writing project I'm working on and some discussion at CFI. 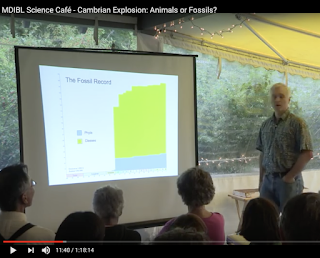 The Fossil Tree of Life 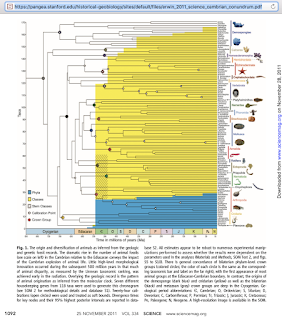 The MicroRNA Tree of Life
https://pangea.stanford.edu/historical-geobiology/sites/default/files/erwin_2011_science_cambrian_conundrum.pdf

The fossil record shows animals suddenly exploding upon the geologic scene around 530 million years ago, forever altering Earth. However, new research suggests that the origin of animals pre-dates the "Cambrian explosion" by almost 200 million years. Kevin Peterson will examine the issues surrounding the origin and rise of animals and address the "missing" Precambrian fossil record, culling data primarily from the molecular record of animal life.

Kevin J. Peterson is a professor of biological sciences at Dartmouth College. He received his undergraduate training in biology at Carroll College in Helena, Montana, and earned his Ph.D. in geological science from the University of California, Los Angeles. His work centers on using molecular tools to address the origin and early evolution of animals

Flaws emerge in RNA method to build tree of life

Study finds problems with alluringly simple way to tease out evolutionary relationships through microRNA.
Tiny molecules that seemed to provide a powerful way to construct the tree of life may not have such a strong capability after all. A team of scientists has exposed1 flaws in a previously celebrated method that uses molecules called microRNAs to deduce evolutionary relationships between animals.
…
Growing pains
Thomson and his co-authors also applied an alternative method of analysing trees, which accommodated nuances in microRNA evolution, instead of using a method that assumes microRNA conservation through the generations. Three of the five resulting trees, including the reptile tree, more closely matched those produced by other methods.
Peterson could not be reached by Nature for comment, but Erik Sperling, a palaeobiologist at Yale University in New Haven, Connecticut, who was Peterson's co-author on some of the microRNA analyses2, 5, agrees with Thomson's conclusion that microRNAs cannot alone unveil species relationships. "MicroRNAs are not the panacea we perhaps originally hoped,” he says. … 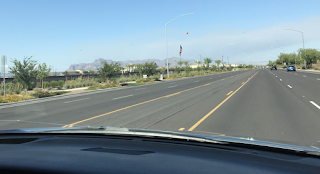 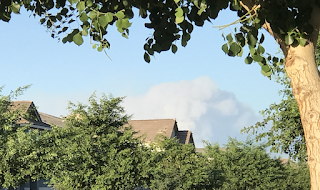 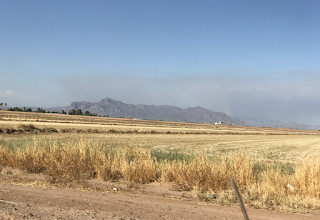 Woodbury Fire outside Phoenix metro area June 19, 2019
With hot spot blowing up, if you look closely, above post and distant farm buildings.

Posted by citizenschallenge at 11:04 AM No comments: