The following was shared over at the CenterForInquiry forum, it's well written, concise and directly addresses all those whiny Tea Partiers and Alt-rightwingers and other shrill elements of the Republican establishment with their incessant victimology crying about all their imagined horrid loses at the hands of Obama and the enlightened crowd of empathic humans who believe in multi-culturalism and believe that there's a difference between Personal Truths and Universal Truths and who believe science is the best way to understanding this physical world we exist in - and that spiritual truths are matters of the heart and soul - not the physical world!
The sad reality is today's religions demand mindless obedience and disregard for physical truths along with contempt for anyone outside their particular tribe.
It's within the halls of science where you'll find a community of informed, skeptical, ambitious people dedicated to ferreting out the best understanding evidence will allow.  Science is filled with people who believe that we need each other to keep ourselves honest and that enlighten self-interest beats the destruction caused by the greed blinded self-interested totalitarianism of the Trump/Republican collusion. I pledge my allegiance to the intellectually enlightened crowd!
But I've digressed, here we try to figure out exactly what the GOP is complaining is all about. (attribution 'anonymous' - feel free to copy and share)
_____________________________________________________
A Trump supporter said:
“We suffered under Obama for 8 years. Now it’s your turn.”
Reply:
Over the last 8 years, I was wondering: Why have you suffered so?
Gays and lesbians can now marry and enjoy the benefits of which they had been deprived. Has this caused your suffering?
When Obama took office, the Dow was 6,626. Now it is 19,875. Has this caused your suffering?
We have 82 straight months of private sector job growth - the longest streak in the history of the United States. Has this caused your suffering?
Especially considering where the economy was when he took over, an amazing 11.3 million new jobs were created under President Obama (far more than President Bush). Has this caused your suffering?
Obama has taken unemployment from 10% down to 4.7%. Has this caused your suffering?
Homelessness among US Veterans has dropped by half. Has this caused your suffering?
Read more »
Posted by citizenschallenge at 8:52 AM No comments:

Mr. Bannon, the man who headed Breitbart the extreme right wing's Alt-news outlet which has a dependence on fabricating lies, maliciously slandering all perceived opponents and mixing in a high degree of hate mongering and conspiracy ideation into their fake news outlet also happens to have been instrumental in Trump's successful insurrection of hatred driven lies.  It's hideous enough that Trump has made this political operative, who wants nothing so much as to destroy our government by turning it into an absolutist white-supremacist nightmare, is now being rewarded with a seat on the NSC.  Now that goes beyond the pale.

Petitions don't mean much, but its something, and with enough numbers they can matter. Only thing for sure is that not raising our voices will guarantee we lose all.  No one is watching out for us, it's down to us citizens banding together and stepping it up if there's any hope of saving America from the oligarch's boundless avarice.  Think I'm kidding?  Get informed:
http://nymag.com/daily/intelligencer/2017/02/report-bannon-had-to-be-reminded-he-wasnt-the-president.html

http://winwithoutwar.org/about/
_____________________________________________
It’s not too late to block Steve Bannon from sitting on the National Security Council. Just this week, we’ve seen news reports that Bannon is amassing power in the White House, helped the president decide to launch a disastrous military raid in Yemen, and has a worldview that is even more dangerous and violent than previously known.1,2,3 It's more clear than ever that we must do everything possible to stop him now.

With the Trump Administration already banging the drums of war, Bannon’s seat at the center of America’s national security is even more troubling. Just over a year ago, Bannon said there is "no doubt" that the U.S. would soon be fighting a "major shooting war in the Middle East," and only months ago, he declared "we’re going to war in the South China Sea in five to 10 years."4

Unless we stop him, he now has the power to turn those terrifying predictions into reality.
Add your name to the petition to help oust Steve Bannon from the National Security Council.
Read more »
Posted by citizenschallenge at 10:32 PM No comments: 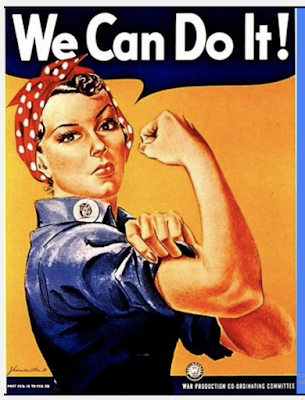 NOTE FROM THE TEAM

CHAPTER 2: HOW YOUR MEMBER OF CONGRESS THINKS, AND HOW TO USE THAT TO SAVE DEMOCRACY

CHAPTER 3: ORGANIZE A LOCAL GROUP TO FIGHT FOR YOUR CONGRESSIONAL DISTRICT

Read more »
Posted by citizenschallenge at 2:43 PM No comments: